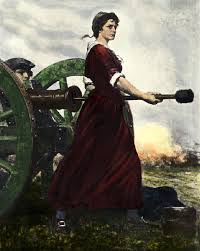 Freehold Township, in New Jersey was first formed in 1693. One of the largest battles of the Revolutionary War, involving over 25,000 soldiers, was fought in Freehold. This battle is known as the Battle of Monmouth, where Molly Pitcher became famous for fighting in the stead of her wounded husband, as she manned the cannons. There is a different type of war brewing now, and it is in the construction arena. As contractors fight to "re-invent" themselves and to add value to their craft, underfloor heating is one of the weapons of the war.

"Today, contractors fight an uphill battle for the consumer's dollars and electric radiant floor heating should be a part of every professional's arsenal to separate themselves from their competition," said Steve Kaempf, Vice President of Sales for Thermosoft International. "Warm floors, and the comfort and energy savings they provide, is a strong draw to why people should want to do business with a contractor. Brian Shirley Electrical is a Freehold contractor that has taken the added step of becoming proficient in electric radiant floor heating, and boy has it paid off for them."

Underfloor heating is typically less than 10% of a construction project's budget, however, it is the "gift that keeps on giving", providing warmth, comfort and the 'wow' factor for years and years to come. "How long does it last?" you might ask? "It lasts as long as the wires in your walls," replies Steve. "Most of our underfloor heating products come with a lifetime warranty, so the floors will still be pushing up heat when most of our clients will be pushing up daisies!"